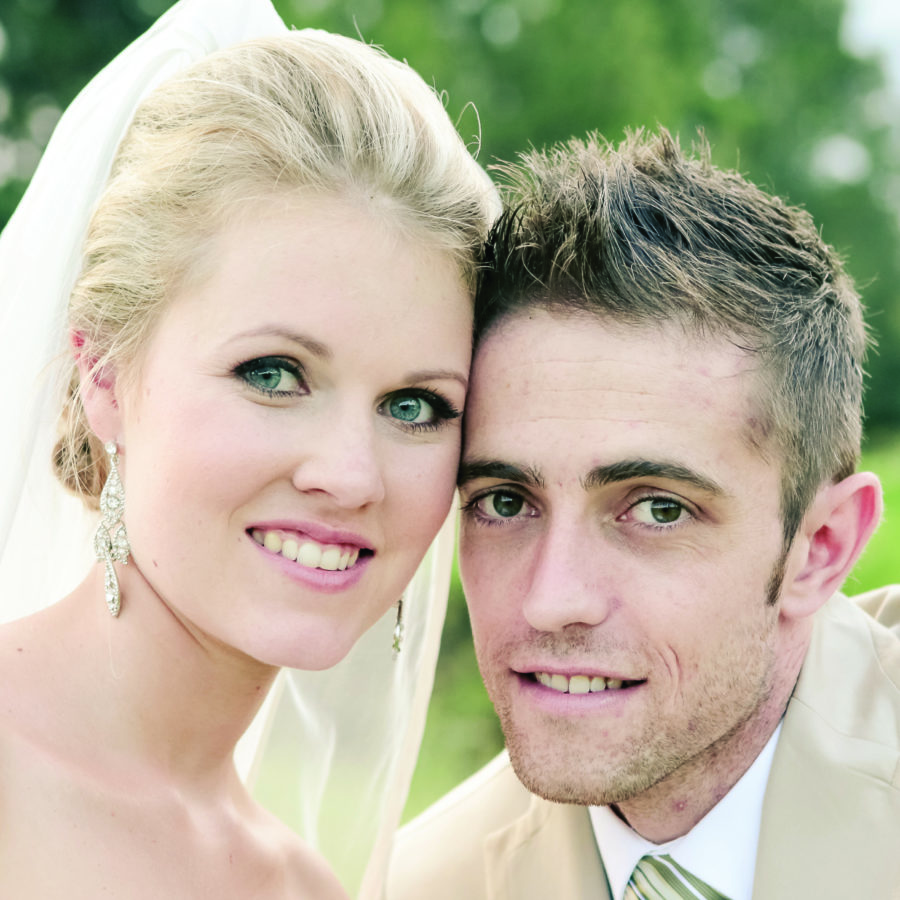 Richard and Melissa Breukel graduated on the A.C.E. curriculum in 2005 and 2007 respectively. After enjoying years of good friendship, they dated and married in 2012.

Richard works as a graphic designer, application specialist and finisher at a printing company, while Melissa works as an event coordinator at an events company. Richard has completed short courses in graphic design and Melissa is currently in her final year of her Bachelor’s degree at Unisa. They are proud parents to a beautiful little girl, Bailey.

During their school career, they both enthusiastically participated in sport. Richard went on to achieve multiple gold medals for the 100m event at the All Africa Student Conventions as well as the International Student Convention. For a number of years, Richard took part in the Yellow Pages Athletics Series, where he consistently secured podium finishes. He was a Gauteng Champion and represented Gauteng at the South African Championships on numerous occasions.

Richard and Melissa are both committed members of their local church, and have always played active roles in ministry.

Their greatest experiences during school were at the All Africa Student Conventions (which they both attended throughout their high-school career), Honour Roll trips, soccer tours, and their interactions with staff and fellow students at school and at AASC and SACSSA events.

Richard considers the instilling of a strong work ethic, the ability to work independently and the impartation of the Word of God, to be crucial factors which shaped him during his school career. Melissa lists the modeling of a relationship with Christ (from staff at her and other A.C.E. schools), as well as the ability to use initiative and take responsibility for one’s work and actions, as being key to her success in life thus far.